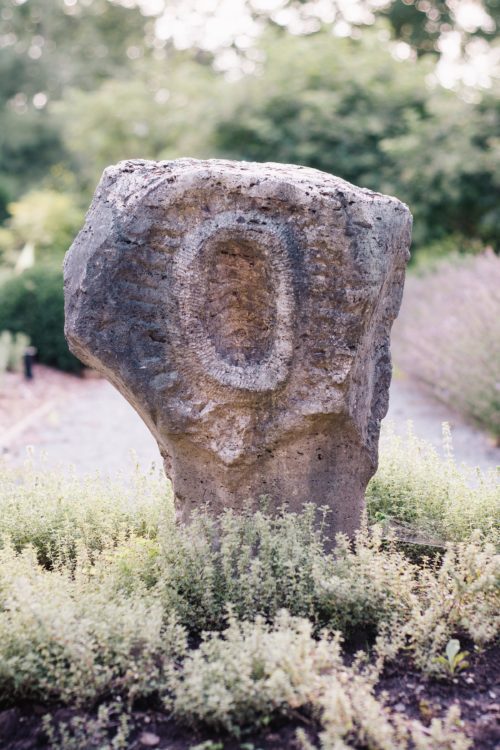 Literature:
This unique piece was created in Italy than shipped to Canada by Japanese-Canadian sculptor Bart Shigeru Uchida. The garden in which it resides is like those found outside homes in France which provided fresh vegetables and herbs for the table. 13th Street Winery’s Chef Josh can often be found collecting herbs for his creation during the summer months.

About The Artist:
A third generation Japanese Canadian, Bart was born in Vancouver, Canada. He has lived and worked in Italy and the United States, and in 1982 moved to Boston where he currently resides. Bart’s work has evolved to include large-scale installations, performance art, collaborations and public art. He has participated in several international sculpture symposia, and has exhibited his work in Western Europe, Macedonia FYR, Japan, Taiwan, Canada and the United States.