Come and celebrate the season with us at The Gallery at 13th Street Winery!  Our exhibition Deck The Walls will offer visitors a wide range of artwork for sale from the collection.

Find that unique Christmas gift you have been searching for or treat yourself with your own perfect piece! 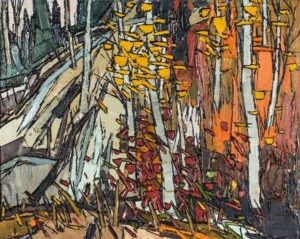 A member of the Royal Canadian Academy and the Canadian Society of Artists, Thomas Chatfield (1921-1999) exhibited extensively throughout Canada, including at the Art Gallery of Hamilton and Waterloo University. In 1969 he was the recipient of the artist’s choice award at the Canadian National Exhibition. He was born in Toronto in 1921 and attended the Ontario Collage of Art. Chatfield is known for his vigorously painted Canadian landscapes. 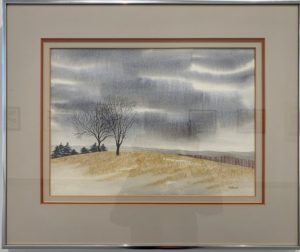 Since being accepted into the Ontario Society of Artists in 1988, Anne Dalton’s watercolour and acrylic paintings have been included in many private and corporate collections throughout North America. Dalton studied at the Central Technical School in Toronto, La Scoula Di Belle Arte in Monopoli, Italy and York University and currently resides in Toronto 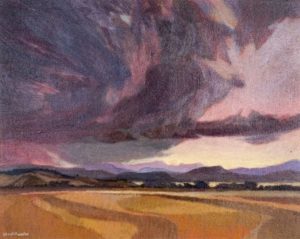 The artwork of painter and commercial artist Richard (Dick) Ferrier (1929-2001) is included in several private and public collection across Canada, such as Trent University in Peterborough, Ontario and the Alberta Provincial Government Collection. Ferrier was born in Oshawa, Ontario in 1929 and attended the Ontario Collage of Art. He was also on the Board of Advisers of the Art Department of George Brown College. 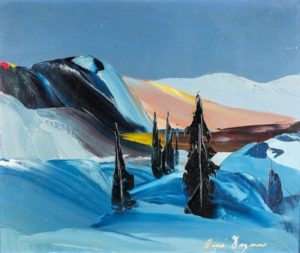 Self-taught Quebec artist René Gagnon was the subject of numerous exhibitions, including a retrospective at La Pulperie de Chicoutimi – Regional Museum in Chicoutimi, Quebec. His works are in the permanent collections of the Art Gallery of Nova Scotia in Halifax, and the Montreal Museum of Contemporary Art. Gagnon was born in Chicoutimi, Quebec in 1928 and now lives in l’Anse-de-Roche, Quebec. 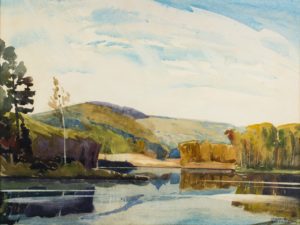 Charter member of The Ontario Society of Artists and The Royal Canadian Academy of Arts Joachim Gauthier (1897-1988) was part of the Group of Seven generation of painters. He worked and exhibited with many notable members including Franklin Carmichael and A.J. Casson. He was also commissioned by the McMichael Conservation Collection to do portraits of the nationally acclaimed artist Tom Thompson. Gauthier was born in North Bay, Ontario in 1897. 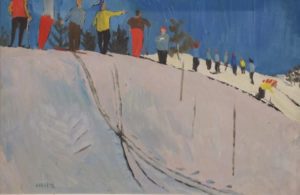 The work of painter and graphic artist Julius Griffith (1912-1997) is included in many notable institutions including The National Gallery of Canada, The Art Gallery of Ontario and the Art Gallery of Hamilton. Griffith was born in Vancouver, British Columbia and studies at the Vancouver School of Art under notable artists F.H. Varley and J.W.G. MacDonald. He was also a teacher at Ryerson Polytechnic Institute, Ontario College of Art, among others. Griffith worked in watercolour and oils, but specialized in fine printing. 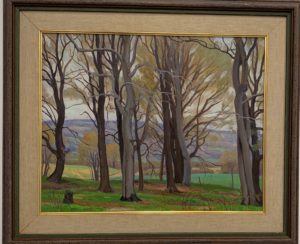 President of the Ontario Society of Artists and founding member of the Canadian Society of Painters in Watercolour, Frederick Stanley Haines (1879-1960) was an accomplished painter and engraver. He was also a friend and colleague of the Group of Seven. His work is included in the collection of The National Gallery of Canada as well as the Public Archives of Canada. Haines was born in Meaford, Ontario. 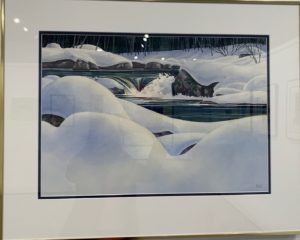 Alice Reed is an established watercolourist. She has exhibited extensively in both private and public galleries including, Mount Saint Vincent University (1992-1985). Her work can be found in many collections, such as Art of Commerce. Reed was born in Toronto and received a Bachelor of Fine Arts degree from Mount Allison University in Sackville, New Brunswick. 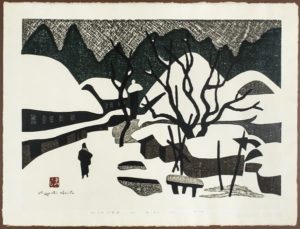 Kiyoshi Saitō (1907-1997) was one of the first Japanese printing artists to have won at the São Paulo Biennale in 1951. In 1938, he issued his first prints in his now famous “Winter in Aizu” series. His works merge modern elements with Japanese tradition. He was born in Fukushima, Japan where he began his career as a commercial sign painter. Saitō emerged as Japan’s most productive woodblock print artist, whose editions found worldwide success. 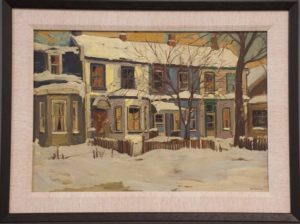 Arto Yuzbasiyan has been part of the Canadian art scene since 1973. He has exhibited in a variety of solo and group shows throughout Canada in galleries such as the Art Gallery of Hamilton, Roberts Gallery, and Kaspar Gallery. Yuzbasian was born in 1948 in Istanbul, Turkey. He immigrated to Canada in 1973 where he continues to live and work. 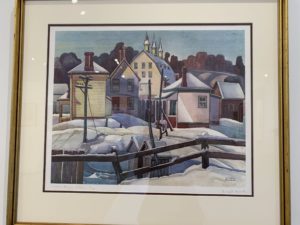 South African-born Canadian painter and potter
Bobs Cogill Haworth (1900-1988) was known for
co-founding the Canadian Group of Painters along with members of the Group of Seven. She was a prolific exhibitor with such institutions as the Royal Canadian Academy of Arts (RCA), the Ontario Society of Artist (OSA) and the Canadian Group of Painters (CGP). She studied at the Royal College of Art in London, England as well as the University of London, England before immigrating to Toronto, Canada in 1923. 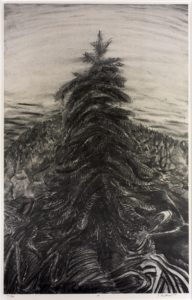 COME FOR THE ART - STAY FOR THE EXPERIENCE

The Gallery is a place for visitors and clients to escape to, relax and discover; and to experience and learn about the joys of collecting and living with art.