Michael Snow’s extensive and multidisciplinary includes painting, sculpture, video, film, sound, photography, holography, drawing, writing and music. His works explores the nature of perception, consciousness, language, and temporality. Snow was born in 1928 in Toronto, where he lives and works today. He has received honorary degrees from the University of Toronto (1999), the University of Victoria (1997), the Nova Scotia College of Art and Design (1990), and Brock University (1975). Snow has received the Gershon Iskowitz Prize (2011), the Guggenheim Fellowship (1972), the Order of Canada (1982), and the Chevalier de l’ordre des arts et des lettres, France (1995, 2011) 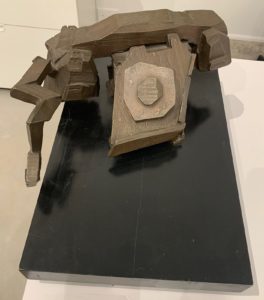