Paul Fournier was born in Simcoe, Ontario in 1939 and now lives in Markham, ON. He studied etching at McMaster University in 1967 and received an Honorary Doctor of Laws in 1996 from Wilfrid Laurier University, Waterloo, ON, where he was a resident artist in 196901970. Active on the Canadian art scene since the 1960s, Fournier has had a major solo exhibitions in Toronto, Guelph, Hamilton, Edmonton, Houston and Washington, D.C. His work is held in the collections of the Art Gallery of Ontario, Toronto’ the National Gallery of Canada, Ottawa; the Hirshhorn Museum and Sculpture Garden, Washington, D.C., and in many public, University, corporate, and private collections in North America and Europe. Previously associated with the Westdale Gallery, the Pollock Gallery, the David Mirvish Gallery and the Klonaridis Gallery. 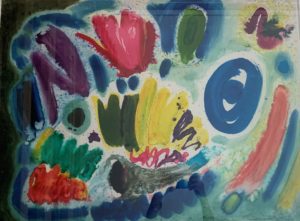