Born in Montreal, Léon Bellefleur pursued a teaching career there while studying at the École des beaux-arts. In the early 1940s he became acquainted with artists associated with Paul-Émile Borduas and Alfred Pellan, whose explorations of Surrealist theories promoted an approach to art inspired by dreams and the subconscious. In 1948 he signed the manifesto Prisme d’Yeux, along with Alfred Pellan and Jacques de Tonnancour; the manifesto was intended to rival the Refus Global which was published later that year by Les Automatistes.

After retiring from teaching in 1954, Bellefluer left for France, where his work became more deeply personal in scope. His paintings are characterized by a rich lyrical abstraction in which colour, movement and forms are dynamically combined to create a single grand gesture. As noted by Guy Robert in his book Bellefleur (1988), throughout the 1970s, Bellefleur became “especially preoccupied by a feeling, one he had been obsessed with since he was about twenty, the feeling of the passage of time, the relentless march of the hours, days, seasons and ages”. During this time, Bellefleur’s paintings “seem to invent a poetic space where time takes on magical form.”

Bellefleur’s paintings have been featured in numerous international exhibits over the years and have been acquired by major public and private collections. 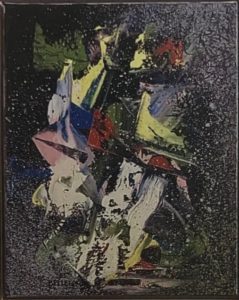 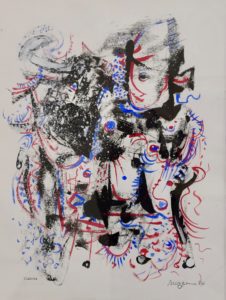